Automating your deployment process is a critical step towards adopting continuous delivery. For teams that use Bitbucket for hosting their source code, Bitbucket Pipelines provide an easy way to automatically build and deploy when changes are made in your origin repository.

The Rollbar team is excited to participate in the launch of Bitbucket Pipes, which make it even easier to configure your pipeline. Bitbucket Pipes makes it easy to build and automate a CI/CD pipeline that meets your exact needs. Bitbucket Pipes replaces custom-written scripts with parameterized calls to vendor-supported 'pipes'. For instance, you can now report a deploy to your Rollbar project with a call to the rollbar/rollbar-notify pipe: 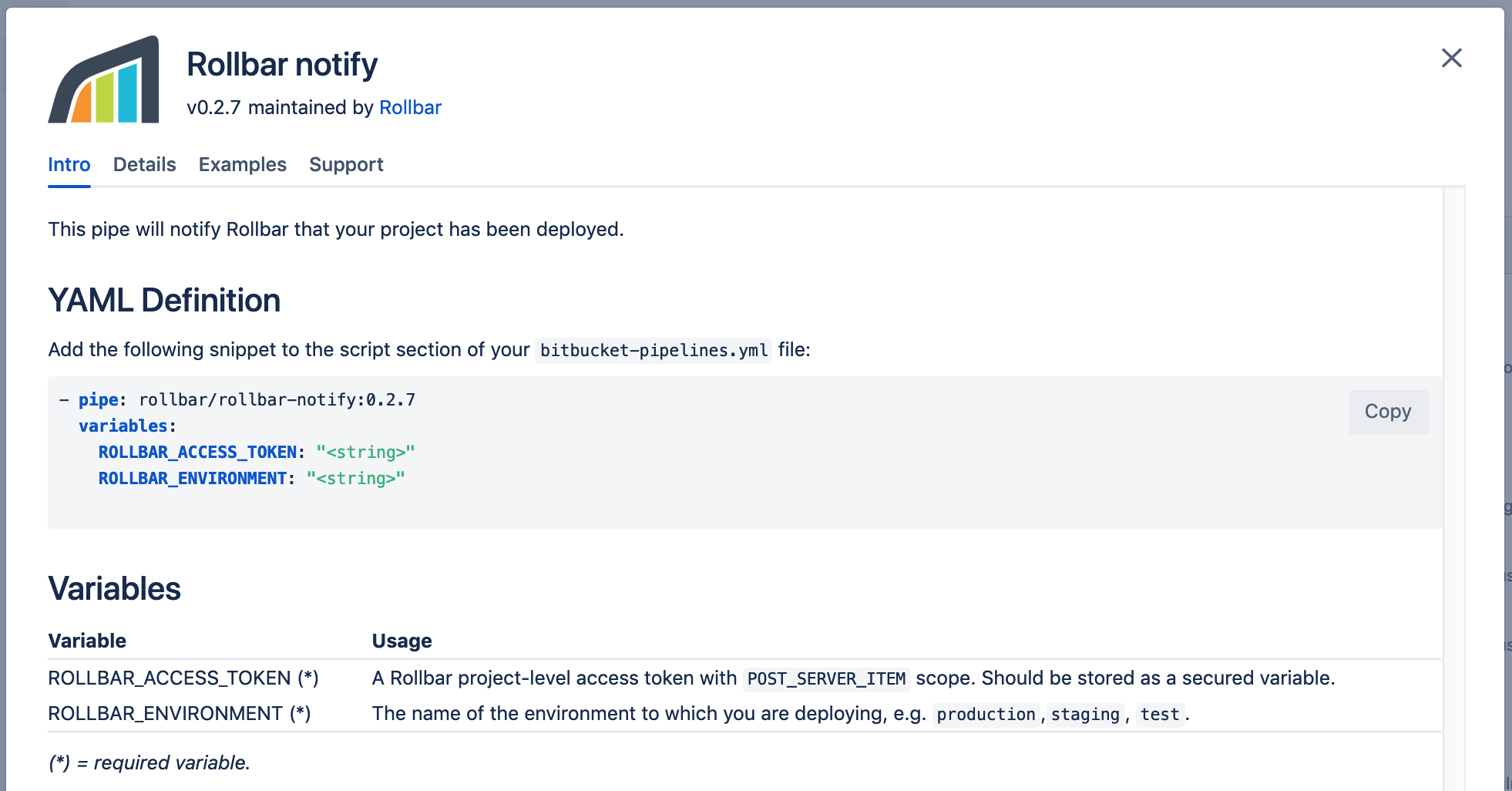 As you can see in the example above, adding the rollbar/rollbar-notify pipe takes just a couple of lines of YAML and it unlocks several features in Rollbar which will speed up your debugging process when exceptions occur.

Reporting deploys to Rollbar makes it easier to correlate exceptions to code changes which may have triggered them:

Reporting Deploys via the Bitbucket Pipe

When you add the rollbar/rollbar-notify pipe to your pipeline, your build output will include a link to the deploy details in Rollbar.

Similarly, the deploy details in Rollbar include a link back to the pipeline results in Bitbucket: 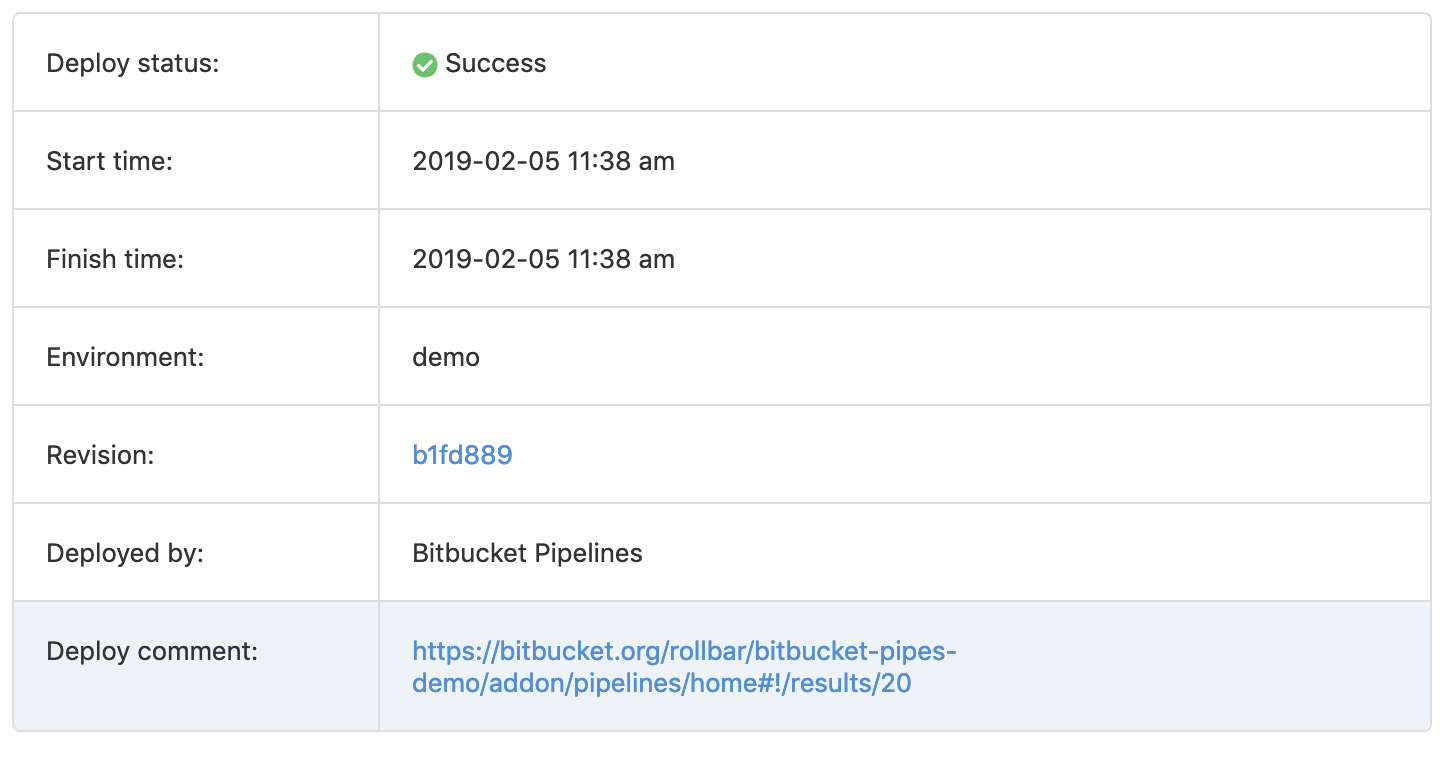 These convenient links make it simple to jump from investigating an exception back to the build which deployed the code change that may have caused it (and vice versa) so it's easier to identify the root cause of a new exception.