David Basoco is a software engineer based in Barcelona who joined Rollbar in September 2017. Since then, David has been focused on improving Rollbar and delivering awesome new features, as well as helping make our Java SDK top-notch. 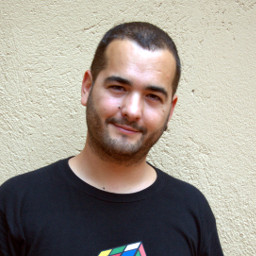 David was born in Pamplona, Spain, and learned how to program in high school. He loved it so much that he decided to study computers and telecommunications in a program in between high school and college. Afterwards, he studied Telecommunications in college, where he met and befriended another one of our engineers, Jon de Andres. After graduating from university, David worked at a startup in another city before getting an offer to join an engineering team in Barcelona.

Deciding to join Rollbar was an easy decision for David: "As a developer, I've always been interested in having visibility into the errors happening in the applications I have contributed to, and I found Rollbar to be an awesome product for this purpose. After using Rollbar for awhile, I discovered more and more features that attracted me to the product and I started to understand the high quality value it has." He credits the high engineering skills of the team and passion that everyone at Rollbar has for the product to making him feel that Rollbar would be a really good place to work.

David describes the culture at Rollbar as an engineering-driven culture that is customer-focused. He works remotely from Barcelona, and enjoys the distributed culture of the team here at Rollbar. He believes this allows everybody in the team to have a good balance between personal and work life, which is great.

Pamplona is in Navarra, with a great Basque culture. David says it is well known that Basque people are awesome cookers, but they are also famous for their courage and bravery. Unfortunately, David doesn't feel that he's brave because he hates going to the dentist, or doctors in general, describing them as his kryptonite. But he's a good cook!

We're glad to have David on the Rollbar team!

How a Hackathon Led to 80% Fewer Rollbar Items