Rollbar is proud to announce the first official 1.0 release of our Java notifier SDK for error monitoring. Java continues to be one of the world’s most popular programming languages. It’s the most sought-after language for employers and has the second most pushes on GitHub according to Stackify’s 2017 rankings.

Rollbar helps you monitor errors in real-world applications. It provides you with a live error feed, along with stack traces and contextual data to debug errors quickly. It's important to select an error monitoring solution that supports all the languages your company uses for a clear picture across your whole stack from the front end to the back end. Some competing solutions just don't give you that full visibility. Learn more about our product features for Java.

This new version of our Java notifier SDK supports many frameworks including web apps, Android, Scala, Kotlin, Spring MVC, and more. In web applications, it captures data about the request including the user's IP address and browser so you can narrow the problem down. It helps you identify root cause quickly, by giving you contextual data on what changed and when from your source control and deployment systems. You can also react proactively by seeing which users were affected and prioritize fixes. 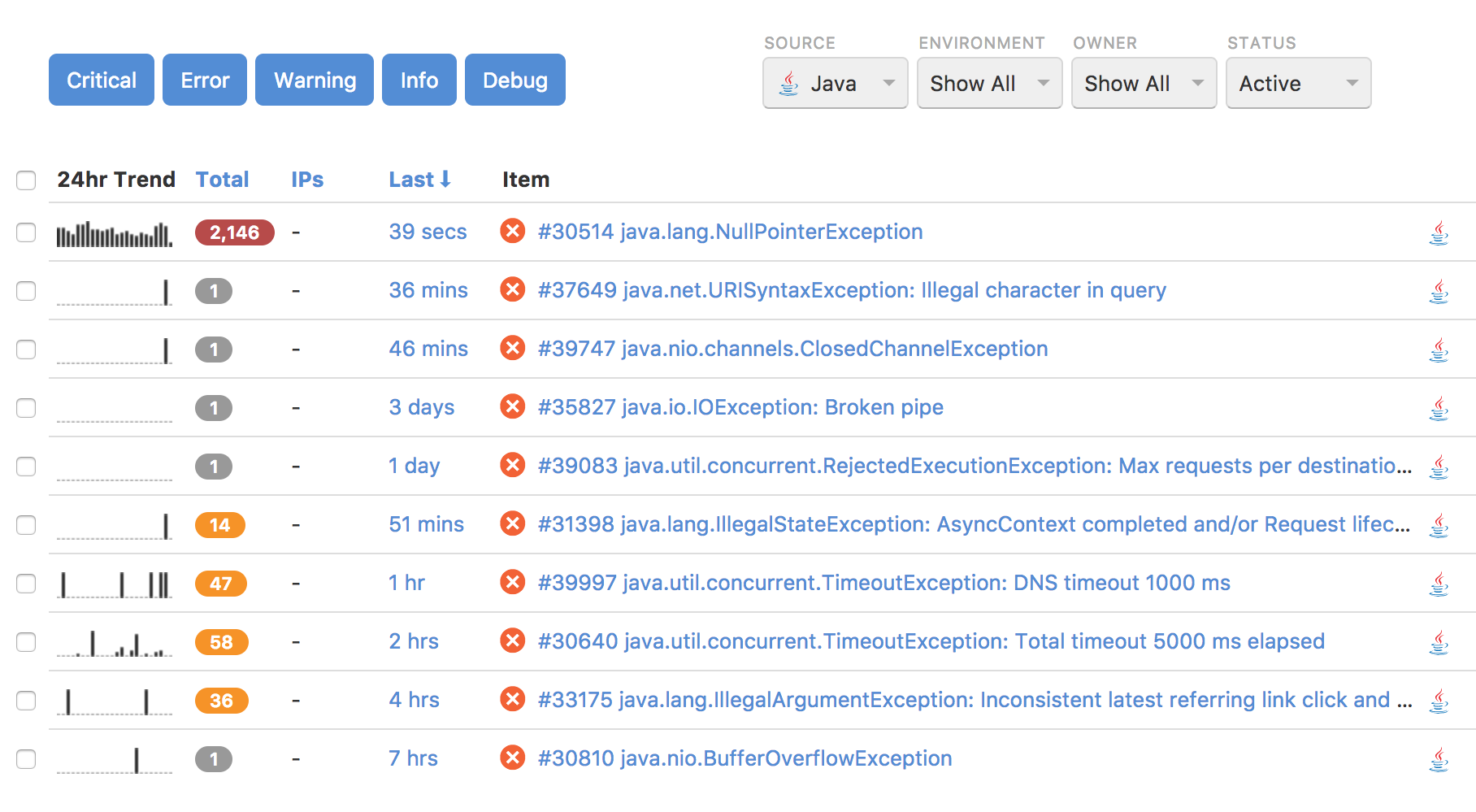 Additional improvements in our 1.0 release include:

If you are upgrading from our previous 0.5.4 release of the Java notifier, see this guide for upgrading to 1.0. Since this is a major version release with new features, it will require some adjustments to your code to maximize all of the new functionality.

You can learn more in our Java notifier SDK documentation.

If you haven’t already, signup for a 14-day free trial of Rollbar and let us help you take control of impactful Java errors. :-)

How to debug Java errors