We recently added a feature I've wanted for a long time: our Deploy email notifications now show which commits were in that deploy. It looks like this: 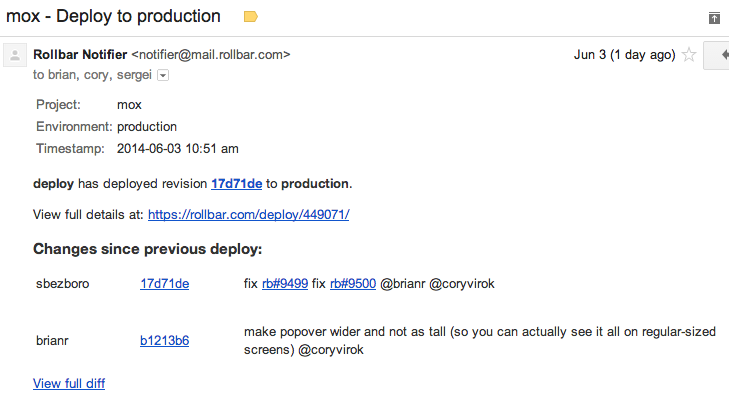 This works by querying GitHub's API to find the differences between the commit used for the previous deploy and the commit you just deployed. (If this looks familiar, it's because we show the same information on the Deploys page). As long as one user in your account has GitHub enabled (and the token enabled for your account), all users will be able to see the commit list.

Want this? Sign up for a free account, connect with GitHub, and set up deploy tracking. Whenever you deploy, you and your team will get an email like the one above.