Versions feature is available for our Advanced and Enterprise plan customers as a useful addition to Deploy tracking. This feature comes handy if you are deploying continuously or if you have multiple code versions in production.

With the help of Versions you will be able to:

Watch our short video on Versions!

Enabling Versions provides you visibility on which versions of your code are throwing exceptions. With Version, you can have a clear view of which occurrences are the result of your latest deployed version, thus being able to decide whether to proceed with a full deployment after a canary deploy or if you should just stick with a previous stable version.

It is also very helpful if you have multiple code versions running in production, such as with mobile apps.

Triaging your errors will also become easier with Versions, as you will have more insights on when and who was the last to deploy and if the error has already been resolved by a teammate or not. 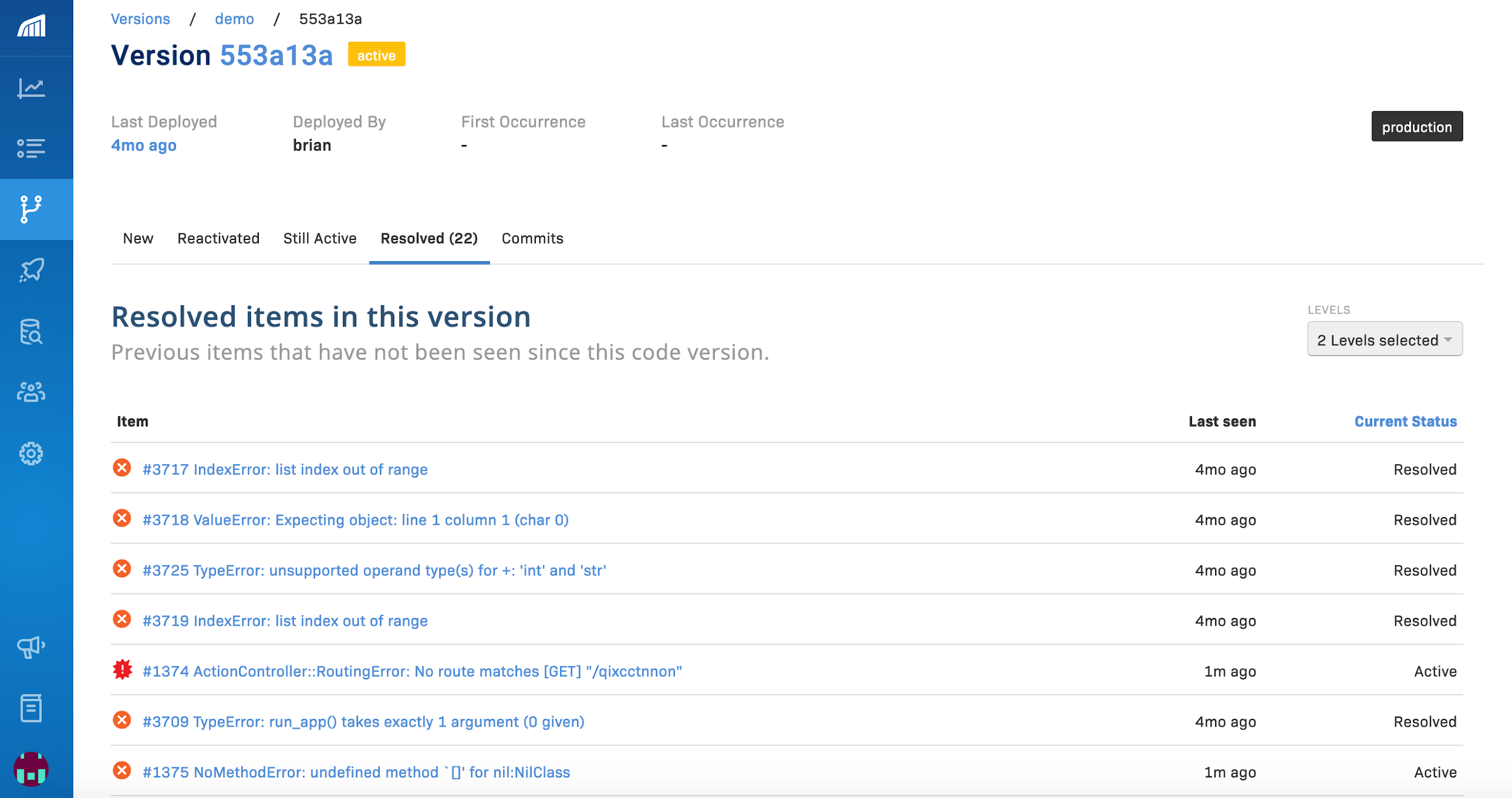 With Versions, you can track which versions your errors are resolved in. When you resolve an item within Rollbar, you have the option to enter a version number. It will then appear in the item’s status history, thus providing more info about the item, when it was fixed and in which version of your deployments. This will help you understand the errors better and help you to see which versions should be revised and which items should be reactivated and dealt with. Check out how to do it here!

Resolve your items automatically with Git commits! If your project is integrated with GitHub, Bitbucket, or GitLab then you can use your commit messages to include Rollbar item identifiers and auto-resolve the included items when deploying. You can save time and keep your Item statuses clean and organised, thus reducing the noise of notifications. We have a few useful strings handy for you to use next time, you can check them in our Docs. 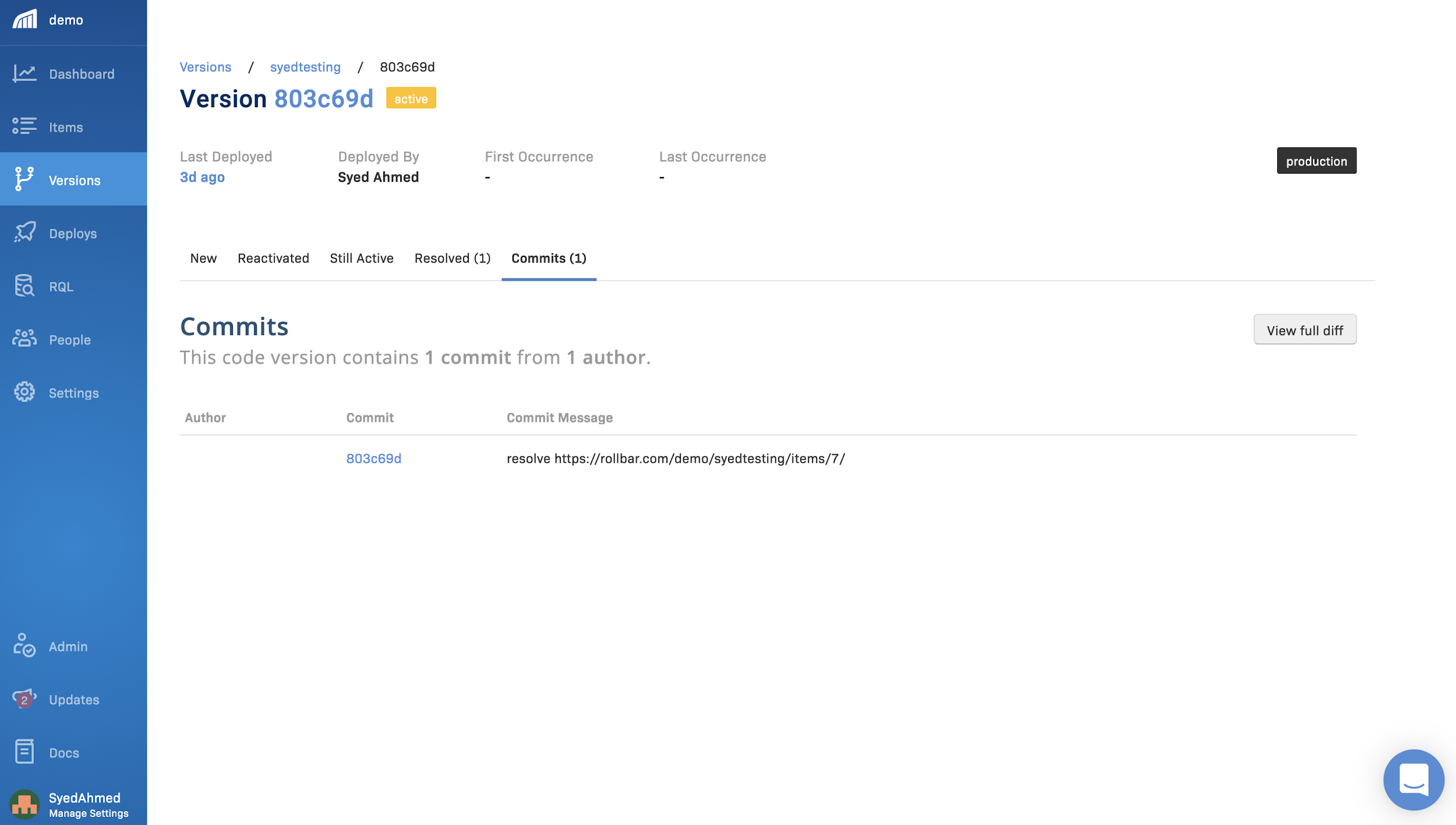 Resolving your items in a version will prevent an occurrence from an older version from reactivating the item. This can be useful for example in case of a mobile app when users don’t often update their application and they use an older code version that is throwing exceptions. In this case, those bugs will not reactivate the items closed in the newer version.

Keep track of the quality of your deploys and support continuous deployment with Versions! Set-up Versions for your projects with the help of our Docs.

Reduce noise with the help of Slack notifications integration